[10] Hacktoberfest, Exploring The Caverns of GitHub and Free T-Shirts

As you might know, at this time, there is an event called Hacktoberfest. Hacktoberfest is a month-long (October 1 - 31) open-source virtual festival organized by companies such as DigitalOcean, Intel, and Dev. It is quite a popular event among aspiring developers and all kinds of people who are interested in contributing to the open-source. Taking part is easy enough. After registration, you only need to submit four pull requests to any GitHub repo with the hacktoberfest topic or label. People that are maintaining repos, in turn, can create issues with such labels and wait for the contributors.

I did both. First and foremost, I started by figuring out what the heck is a pull request. I mean, I used GitHub a lot before, but somehow it went past me. I was familiar with pushing, pulling, commits, repos, branches, and so on, but I have never used pull requests in my projects. Anyway, it turned out that it is quite a simple procedure. So, after some digging of information, I have already made my first pull request. You can see it in the picture below. 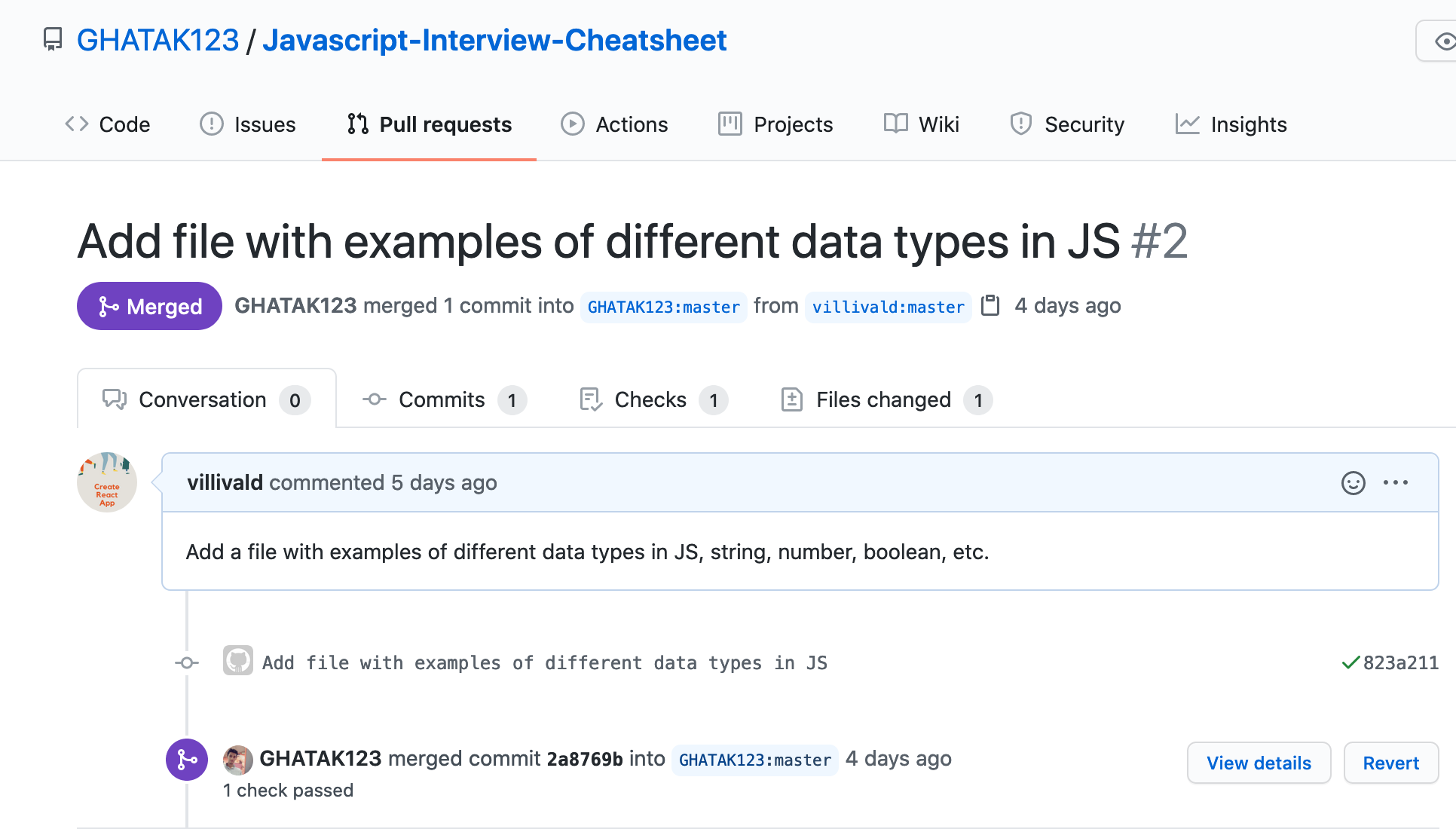 My pull requests may not be the most useful in the world, but I tried my best. The primary purpose was to try new technologies and to learn new skills. Among other things, I implemented a dropdown menu button with the React Bootstrap library. Later I have also added some information about using data types in JS to the JavaScript Interview Cheatsheet repository.

At this point, I realized that I have no idea what is the issue, so I started to think in that direction. After all, I opened one issue on each of my two most active repositories - React website and Todo App built with React Native. You can see the essence of the issues in the pictures below. I was pleasantly surprised by the responsiveness of the community, and I'm very grateful to the people who helped me with the issues.